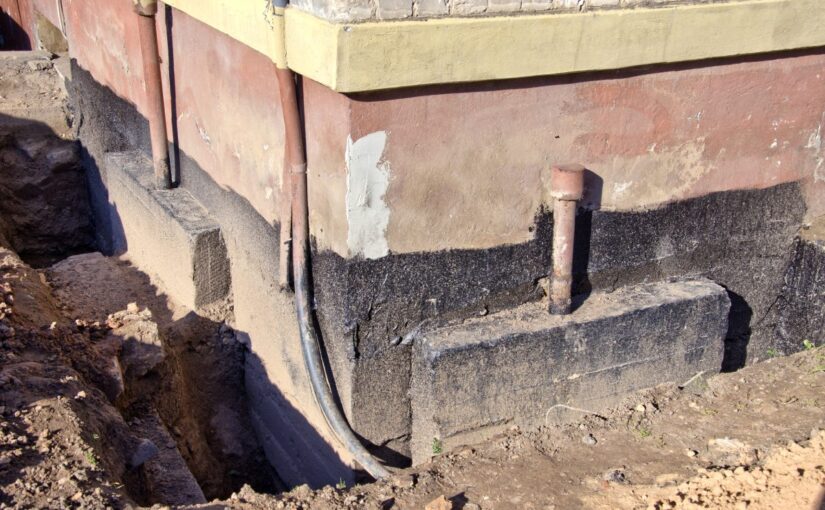 Causes of Cracks in Foundations

The freeze/thaw cycle that occurs during colder months can cause a condition known as frost heave. When freezing temperatures penetrate the soil, moisture in the ground freezes and expands. The soil then heaves upwards as the ice grows. The swelling soil also “heaves” against your foundation exerting intense pressure throughout the winter months. If you’ve ever frozen a bottle of water you’ve seen the bulging effects of expanding water. Try freezing a glass jar full of water and you’ll likely see a different result. When freezing water battles a rigid foe such as a glass jar, the expanding ice wins every time. (So be prepared to throw away the broken pieces of the jar.) Your home’s foundation is much like the glass jar; it can only take so much pressure from the expanding ice before it cracks.

When ice and snow melt, or warmer months bring heavy storms, the soil around your home can become quickly oversaturated resulting in excessive amounts of moisture with no place to go. This moisture presses against your home and your foundation and can lead to cracks in foundation walls.

Cracks in foundations can also be the result of a leaking pipe on the perimeter of your home. These types of leaks can be very sneaky and hard to discover, but if you suspect this type of leak the sooner you address it the better!  Left unchecked, even a small underground leak can lead to major problems and cause cracks in your foundation from the moisture in the soil outside your home.

Time marches on and as it does settling will occur. Ideally the settling will be minimal as your home ages. While some settling is bound to happen, many factors come into play as the years go by. In the short term, minimal settling won’t result in any major issue that would cause concern. Hairline cracks developing following new construction are not generally a cause for concern. However, the density and type of soil under your foundation plays a big role in the overall settling of your home. The nature of the soil and long-term compressive force can lead to cracks in the foundation from problematic shifting, sinking, or settling.

While the type of surrounding soil is a factor in the settling of your home, soil type is also directly related to moisture and the problems it can bring, namely cracks in foundations. Soil expansion varies greatly depending on the specific type of soil or clays you have around your foundation. Different types of soils absorb water at different rates causing the soil to expand which, in turn, exerts pressure on your foundation. The resulting cracks in your foundation can lead to further problems.

While excess moisture is the most common problem, sometimes it is the lack of moisture that results in foundation cracks. Mainly pertaining to new home construction, shrinkage issues may be experienced which are related to the foundation’s poured concrete. In situations where the concrete dries too quickly, shrinkage is likely to occur, leading to small cracks in the foundation. If this happens, it will happen early in the construction process so if you are not dealing with new construction you’ll not likely have to worry about cracks in foundation due to concrete shrinkage.

Lastly, while most of these causes of cracks in foundations are forces of nature, it is possible for cracks to result from less likely natural events such as an earthquake. Because even minor shifts in the ground around your home can crack a foundation, a massive seismic event isn’t necessary for varying degrees of foundation cracking to occur. Earthquakes may not be a major concern based on your location, but some areas of the country are more prone to seismic activity than others. Even areas where earthquakes are rare or minor, they can result in cracks in foundations.

Solutions for Cracks in Foundations

Crack injections can help reduce the spreading of small cracks in foundations. Don’t be misled thinking that this is a surface fix for small cracks. In fact, crack injections go deep into the crack with the intent of filling the area all the way to its source. So what may appear to be a simple DIY job may in reality be a job that should be handled by professionals to ensure it is fixed properly.

Piering is a technique that uses beams – or piers – to help address weak soil issues under the foundation. Piers go down through the poor soil until stronger soil is reached. The piers are secured to the foundation which provides extra support and stability. Each case is unique, so the number of piers and their placement is determined during our standard inspection. Piering can address ongoing issues with cracks in foundations as well as extending your foundation’s lifespan.

The traditional steel beam approach used for bracing basement walls does prevent bowing and fight cracks in foundations, but it also significantly reduces the amount of usable space in your basement. Another option to consider that addresses the problem of bowing walls and cracks in an aging foundation is StablWall. Installed between the foundation and drywall, StablWall makes it possible to enjoy the best of both worlds: a safer basement with no space sacrificed in the quest for stability for your foundation.

The best way to protect your home from water damage is with professional waterproofing. EverDry Toledo can help with a FREE 20-point basement inspection! We’ll help you find out if your home is at risk for water damage and which solutions will best serve you. Contact us online to schedule an appointment or give us a call at (419) 469-5833 and schedule your inspection today!