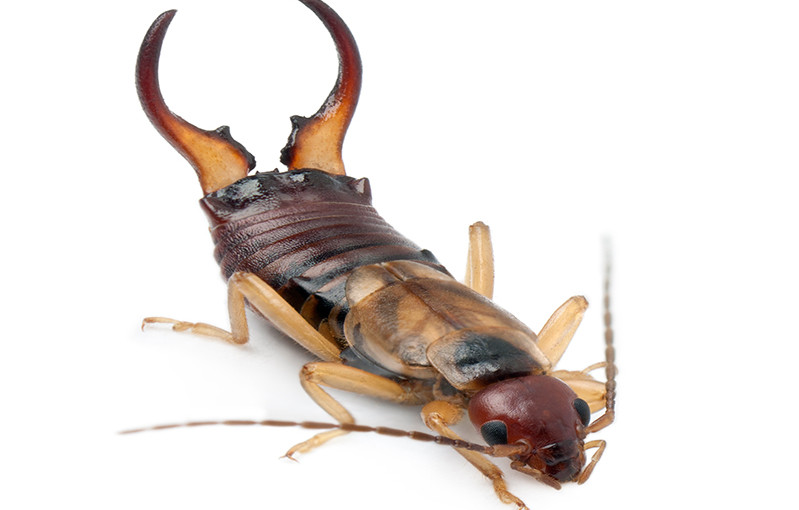 Unless you’re an insect enthusiast, you’re probably less than thrilled to find bugs in your basement. But those bugs could indicate that you have a bigger problem – a damp basement problem – and the only way to get rid of them is to get rid of the moisture that’s luring them in.

Bugs love a damp basement. And who can blame them? They have everything they need: a constant supply of food and moisture, ideal temperatures, and a safe place to hide from predators. Usually, basement bugs are shy – you’ll typically only catch a glimpse of them as they run for cover when you turn the lights on. Even if you don’t see them, but you notice you have a healthy crop of spiders taking up residence downstairs, chances are you still have basement bugs. Spiders find them quite tasty and are much happier to see them than you are.

In our region, there are 6 types of insects that thrive in dark, damp, basements. While they may not give you a warm, fuzzy feeling, they are harmless. If you see them, or notice an increase in spiders, start looking for damp areas in and around your basement.

Silverfish, otherwise known as fish moths, are small, wingless, silver-grey insects. They’re nocturnal, so you’ll rarely see one unless you happen to disturb it. They live on paper, fabric, coffee, sugar, human hair, and clothing. You can temporarily get rid of them without pesticides by putting out some cedar, or spray crevices with cedar oil. You can also try sticky traps, which are somewhat effective in controlling them.

Centipedes are pretty unmistakable characters in the insect world. Their name in Latin means “100 feet,” and they’ll use every one of them to skitter away from you and around your basement as fast as they can. Unlike silverfish, centipedes are carnivorous – the species that live in our area are mostly harmless, but they can bite if you pick them up with your bare fingers. Centipedes’ favorite meals include cockroaches, flies, moths, crickets, silverfish, earwigs and small spiders. You can best limit their love for your basement by keeping it clean, removing the debris that would attract their favorite prey.

If you have mold in your basement, chances are you have mold mites, too. Mold mites are tiny white insects about the size of a pin head. They feed on the mold that grows in basements, as well as flour, grains, or many other kinds of agricultural products (they’re always plentiful in mills and other food processing facilities). Mold mites can cause allergic reactions in humans resulting in itching and even respiratory problem, so it’s important to make your home as inhospitable as possible to them by getting rid of the mold and other food sources.

Earwigs are every bit as cute and cuddly as their name implies. These brown, creepy-crawly insects got their name because they were once thought to lay eggs in humans’ ears – which is, thankfully, untrue. But their fierce appearance, courtesy of a pair of pincers on their abdomens (used for holding prey and fighting rivals) does nothing to improve their reputation. Earwigs love rotting vegetation, and if you have cracks in your foundation, it’s easy for them to crawl out of the garden mulch right into your basement. They’re also attracted to moist areas, so a damp basement can be earwig oasis. Keep them at bay by removing rotting wood or vegetation around your house’s foundation and sealing up any cracks they use as an entrance.

A woodlouse, by any other name (aka armadillo bug, roly poly bug, sow bug, pill bug), still loves a damp basement. These little bugs that you may have played with as a kid are actually helpful outdoor insects because they create compost as they chew threw rotting wood and loosen the soil. But if you find them in your basement, it could indicate you have a serious basement moisture! The best way to evict them from your basement is to get rid of any sources of moisture.

Outside, their call may seem to represent a warm summer night in the country. Inside, these ventriloquists of the insect world can keep you up all night with their incessant chirping – which never seems to come from the location you think it does. Crickets are, for the most part, just annoying – but they will eat dried organic matter, including cotton and wool. Not only that, they’re not shy about leaving digested traces of their meal behind. Unlike the other basement bugs, crickets aren’t so much attracted to moisture as they are attracted to dark hiding places and easy food sources. But their presence in your basement could indicate you have cracks in your foundation, which makes it easy for them to get in. Seal up the cracks and any other easy ports of entry.

No matter how much you squish, trap, or spray, you’ll never fully get rid of these basement bugs until their buffet is removed your basement is dry and sealed. Identify and eliminate their food sources any obvious causes for basement moisture. Add a dehumidifier if necessary. Inspect your foundation and basement windows for any cracks or crevices that they may use to get in and seal as necessary.

Let Us Help with Your Basement Inspection!

Do basement bugs have you wondering if you have a basement moisture problem? Team EverDry is here to help! Contact us online or give us a call at (419) 469-5833 to schedule a free 20-point basement inspection!